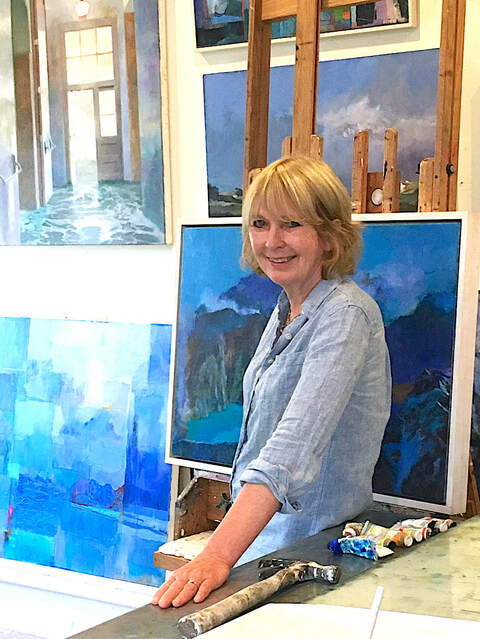 I work from the idea of environments that are real, imagined and inherently unstable; inspired by natural phenomena, fragments of memory, unexpected encounters. The paintings evolve from interwoven collected imagery and describe a journey through landscape, interior space and memory. The weight of time is offset by the drama and urgency of the quickly vanishing moment.
Walking in the landscape is central to my process. I draw inspiration from my photographs and drawings with pastel and oil. Occasionally I create an environment in the studio, using a small aquarium as a contained space. I combine inkjet prints, water, ice, glass and projected light, then photograph the experiment and use this photograph as a reference for my painting.
I have been invited to participate in “The Arctic Circle 2019”; art and science expedition September 2019. The Arctic Circle is a nexus where art intersects science, architecture, education and activism - an incubator for artists and innovators to seek out and foster areas of collaboration to engage in the central issues of our time.